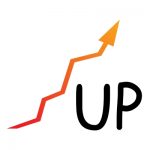 So you’ve been speaking basic Spanish for a while now. You are able to converse and conjugate but you find that you are stuck at that – just the basics. Surely the ultimate goal is to be able to speak fluently (like a native speaker if possible) so you want to know what you can do to step up your Spanish learning and get to your goal. Here are some things that can help you step up your game but keep in mind nothing is instant and it will require some work on your part.

Stepping up your Spanish fluency means speaking the language as often as you can. If you have friends learning Spanish too, or if you have friends who are native speakers, make it a point to speak Spanish whenever you are with them. In fact, best to schedule a daily get together to ensure you are able to speak Spanish as often as possible. The frequently you speak the language, the faster you will be able to up your level. When you speak Spanish constantly, you’ll be able to pinpoint your mistakes more and really make it a point to correct them. It’s not just about speaking the language, it is about speaking it correctly.

2. Surround Yourself with Spanish

If you aren’t able to speak Spanish as often as you’d like, then another way to step it up is by surrounding yourself with Spanish. This means that you take the time to read Spanish books, listen to Spanish songs and watch Spanish films. Even watching the news in Spanish is a great way to really get past the basic level. Going grocery in a Spanish store and dining in Spanish restaurants will also help you get more into the groove of advancing your skill.

3. Go on an Immersion

The ultimate way to step up your Spanish learning is by going on an immersion to a Spanish speaking country. Doing so will force yourself to speak Spanish during your entire trip. Immersing yourself around Spanish speakers and the Spanish culture will definitely improve your learning capacity which is ideal for someone like you who knows the basics but wants to gain more skill. Learning more than just the language i.e. the culture, the people, definitely steps up your learning of Spanish. There is more to it than just speaking and sometimes understanding more about the history helps with language retention.

If you already know the basics in Spanish, don’t be afraid to step up your learning. Learning never stops and even when it comes to the English language, there are certainly new words that you haven’t heard before or some grammatical errors that you make. But really that just part of it. Remember, it works the same for any language including Spanish.

Image courtesy of afe207 at FreeDigitalPhotos.net

« Raise Funds to Sponsor a Student to Learn Spanish Abroad