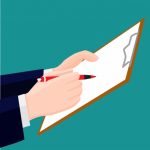 It’s another start to another school year! Being an officer of a Spanish club is a big responsibility but can certainly be enjoyable as well. It is up to you to come up with activities for the club that are fun and educational but also ones that fit into the club’s purpose. With these 45 ideas, you are sure to find a great activity for your club! Make sure to read up on How to Plan the Best Year Ever!

Helping club members (and other students at the school) better learn Spanish:

Image courtesy of solargaria at FreeDigitalPhotos.net